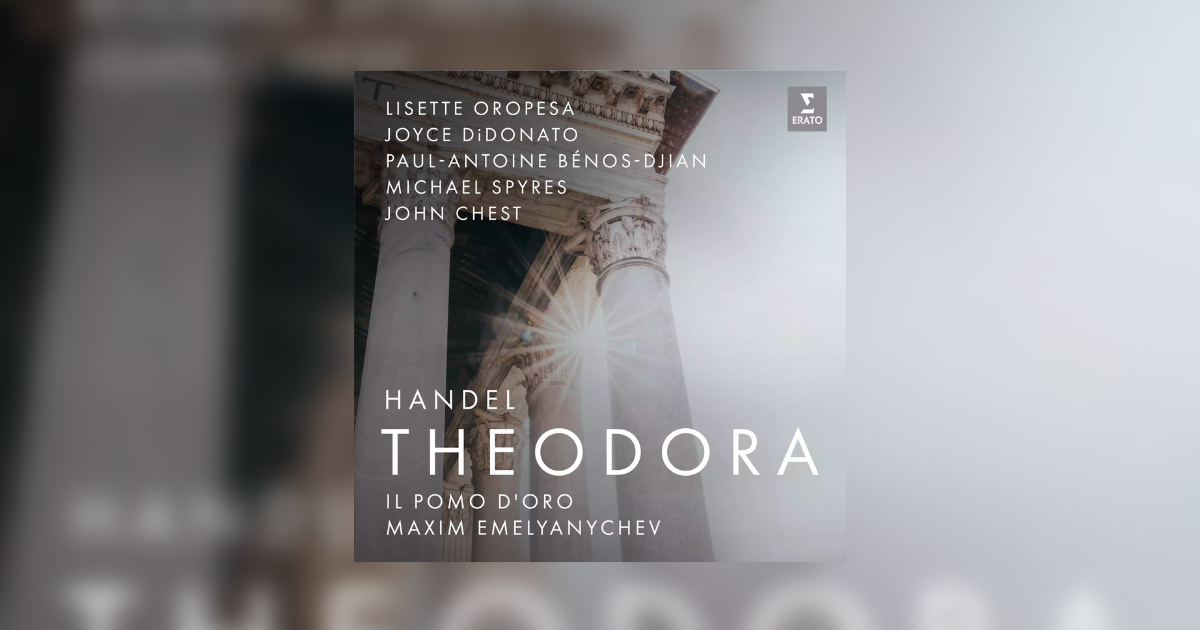 This is the first oratorio recording by Il Pomo d’Oro, and the debut of its new vocal ensemble! Together with five superb soloists – Lisette Oropesa, Joyce DiDonato, Paul-Antoine Bénos-Djian, Michael Spyres and John Chest, led by our chief conductor Maxim Emelyanychev, this is the Theodora that we dreamt of for a long time. An elevated and moving oratorio, Theodora tells the story of Christian martyrs in ancient Antioch under Roman occupation. Handel considered it among his best works. This recording was made at the end of a concert tour that visited Vienna, Milan, Paris, Luxembourg and Essen. “An evening of top-flight singing of a kind that is only rarely experienced,” was how one German reviewer summed up the performance, while in France it resulted in “a state of bliss”.